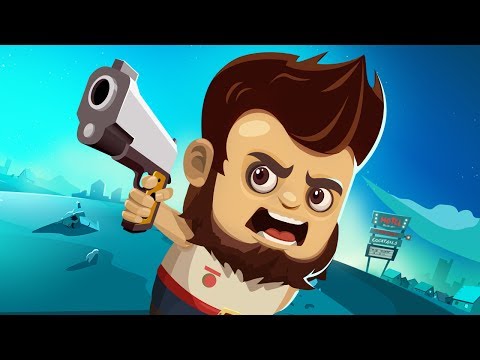 We all have heard stories about aliens and have watched movies about how aliens can attack our planet and can kill all humans. Such stories and movies have made a very terrifying image of aliens in our minds. But here we will talk about a game that includes aliens but the aliens are not terrifying even if they are your enemies. The developers have kept the structure of aliens very innocent and colorful so that you will not get terrified of them even for a second. As we all know battle and action-based games are the most popular games of this era. But all such games include intense screenplays and a lot of bloodsheds that are not good for children. Aliens Drive Me Crazy mod apk as the name depicts is an alien-based action game in which aliens have attacked your planet and you have to save it.

In this game, you will see your planet in the future as it will have a lot of advanced technologies which are not present now. And in the future aliens are constantly attacking Earth to kill all the people and conquer it. A fun element in this game is its hero who is a bulky dude and is fighting with the aliens in his car. At the start of the game, the hero will take out his car and will start his war against the aliens. To fight with the opponents our hero will also have some weapons. His main purpose is to kill the aliens and save the people who are held hostage in different buildings by the aliens. He will enter different buildings and will fight against the enemies. Once all the enemies of a certain building are killed you will reach the last room where people are kept hostage. You will rescue them and then destroy the building with the help of a bomb.

Though the graphics of the game are kept very light and entertaining, you still have to face many difficult situations to win this game. At the start, you just need to collect hearts and coins to unlock upgraded weapons and vehicles. But as the game proceeds the difficulty level of this game keeps on increasing. The aliens are more powerful as they have lasers, spaceships, metal dinosaurs, and other modern technologies. So you also have to be fully equipped if you want to defeat them. A boss will come into the game after every 10 minutes who you fight and kill. But he will be very powerful so you should have the upgraded weapons and defending tools. Another good thing about this game is that you will be reborn in this game if you die. This means if you get killed you can restart the game from where you have ended. There is no need to start the game all over again. But if you still want to restart from the very beginning then the scenarios will not be the same and everything will still be new for you. So if you are interested in playing horror games then you can also try playing The Legend of Dark Witch, Croc’s World Run, and Night Flight.

Mod APK of Aliens Drive Me Crazy is a hacked or cracked version of this app that is not available on the Google Store. As the modded versions are developed by third parties so their links are also available on third-party websites only. This version of this game includes all the premium features that are upgraded weapons, vehicles and every other thing unlocked for free. You will also get unlimited hearts and coins to make unlimited purchases or to retrieve your game as many times as you want. Moreover, the Mod APK of this game is also ads-free so you can have an interruption-free gaming experience.

Some Screenshots of the app:

As mentioned earlier, you will not find this Mod of this game on official stores. If you are still interested in downloading it then a secure link is available on our website and you can easily download this app through it. Here is a step-by-step guide also available on how you can download and install the game.

Some exciting and interesting features of this game are as follows:

Aliens Drive Me Crazy is developed by Rebel Twins under the genre of Action. The latest version(v3.1.8) of this app was released on 3 January 2022. This app requires Android 4.4 or above on your phone and has a file size of 69.1MB.

Aliens Drive Me Crazy was released on 24 June 2021 and the developer of this game is Cezary Rajkowski. This is an action-based game where a human will fight against the aliens and their bosses to protect his planet.

Aliens Drive Me Crazy Mod APK is the hacked version of this app which has all the premium features and items unlocked for free. You will also get unlimited gold and hearts in the modded version of this app. Apart from this, all the weapons and vehicles are also unlocked for free. So you don’t need any extra hacks, codes to tricks in the Mod version.